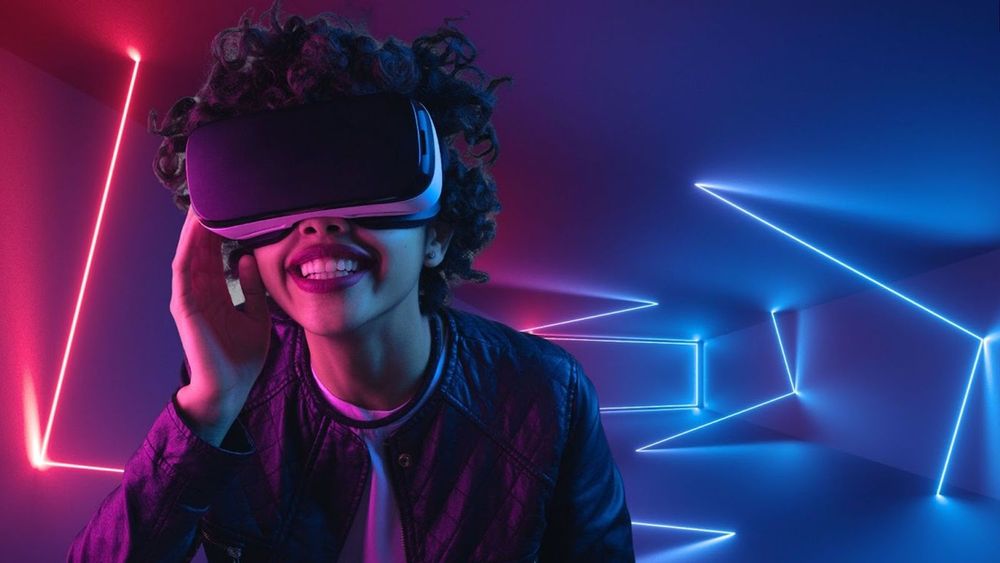 A metaverse is a new technology that enables people to reside in a virtual world.

The term "metaverse" describes technology that allows users to interact with interconnected virtual worlds. Its name, derived from the Greek words meta, which means beyond, and the universe, is essentially an extension of the physical world. To enter and engage with others in these 3D "worlds," where they represent themselves as avatars, real people utilise online games and applications. These online communities' actions mirror those in the real world. Items may be created, bought, sold, invested, and rewarded to other players. As users navigate an ecosystem of rival goods, the Metaverse effortlessly combines gaming, virtual reality, live streaming, cryptocurrency, and social networking.

For instance, a player who purchases a piece of digital art from one game created by one firm may use that same item in a separate game created by a different company. In contrast to more prevalent digital games nowadays, there are no pauses, game-overs, or resets in the metaverse. Furthermore, seamless experiences, including 360-degree views of the digital world, are made possible by quick internet connections and potent virtual reality headsets. Gloves and coats with haptic technology provide a tactile feeling. According to certain industry titans and investors, the metaverse is the next advancement in computing, which started with mainframes and progressed to personal and mobile computers.

Axie Infinity, a young Vietnamese company Axie Infinity was published in 2018 by Sky Mavis. Axies are imaginary animals players may breed, nurture, gather, and sell in this Pokemon-inspired game. Each monster contains around 500 customizable body components. Depending on the genetic makeup of their progeny, Axies develop different traits and abilities. Axies may engage in combat with other Axies or treasure hunting to get prizes. For your Axies to reside in, you may purchase land and houses that you can build using the platform's resources.

In this game, the virtual pets and other objects have value in the form of non-fungible tokens (NFTs) and digital ownership certificates managed by blockchain technology. To acquire tokens, players may also locate academics or individuals to whom they can lend three of their Axies. The primary unit of exchange in the game is the Axie Infinity Shard, or AXS. Players also get smooth love potion or SLP tokens for defeating foes and doing missions in the game. Tokens for AXS and SLP are required for breeding Axies.

In 2020, Argentine partners Ari Meilich and Esteban Ordano unveiled Decentraland to the general audience. In this virtual world with over 90,000 land parcels, you may create avatars, purchase wearables, and buy real estate using the MANA money. Each lot, 16 virtual square meters, may be rented out by a landowner for whatever is on it, including homes, hotels, parks, theatres, casinos, and other structures. Additionally, you may make money by putting up an exhibit where digital art will be auctioned off, arranging a concert and selling tickets, etc. One of the widely used digital wallets that users of this site utilize is MetaMask.

Arthur Madrid and Sebastien Borget, co-founders of Pixelowl in France, initially released Sandbox as a smartphone game in 2012. It's another user-generated platform where users may customise their avatars to look like blocks and utilise blockchain and smart contracts to control the content they produce.

Sandbox offers three primary items. Create avatars, cars, plants, animals, tools, and other items with the 3D modeling software VoxEdit. The Marketplace, Sandbox's second offering, allows you to export your works so you may sell them there. The finished product is called Game Maker, allowing users to create 3D games without writing code.

Sand is the name of the primary money in the Sandbox. From the Sandbox map, you may choose estates (a group of territories), which you can buy and sell. You can advertise these assets in the Open Sea NFT market.

Illuvium, a soon-to-be-released game that is being hailed as a "real triple-A, 3D blockchain," is creating a lot of talk in the gaming community. In this game, you explore an exotic terrain in search of the deity-like beings known as illuvials. You may either catch them with shards or cure them. These animals may aid you in combat with more than a hundred monsters and other gamers. Illuvials are also marketable NFTs; the more powerful and uncommon they are, the more valuable they become. If you have three identical illuvials, and each has attained its utmost level via fighting, you may combine or merge them into a new monster to increase their worth.

The environment of Illuvium is where players find their armor and weapons. After completing missions and tournaments, you get prizes from Illuvium cryptocurrency, or ILV, which you may trade on the IlluviDEX.

Chain of Alliance is a role-playing fantasy game with customizable creatures and NFT value that was first launched in 2020. Up to eight characters from your squad may be fielded each round. You should choose the greatest players and provide them with the finest equipment to increase your chances of victory.

You may purchase and maintain virtual islands that Alice looks after or even agricultural plots in the multiplayer construction game My Neighbor Alice. Like Farmville, you may choose the crops to cultivate, the animals to breed, and how you want to connect with other players. You may also manage a bee farm or apiary and sell the honey as another source of income. On the Alice market and other blockchains, My Neighbor Alice NFTs (which include plants, animals, homes, clothes, decor, and more) may be traded.

Krystopia is an adventure game where you play as Captain Nova Dune, a space explorer who travels to planet Krystopia after detecting a mystery distress signal from there. Fans of puzzles and mazes will appreciate this game. Its residents would come upon Nova and her extraterrestrial companion Skrii, and they would engage in trials like those in an escape room.

Launched in 2020, Alien Worlds assigns you the role of a space explorer who must harvest Trilium, the in-game currency, from six planets. Your "vote rights" are determined by the amount of TLM you stake on a planet, and each planet has its own elected government.

You start with a shovel, but it's ideal to acquire your property or pay a landowner to start mining if you want more TLM and more potent mining equipment. You may also get tokens by mining tasks and combating other explorers.

You may purchase property in Farmers World, published in 2021, to mine gold, cultivate crops, raise livestock, catch fish, and create houses for your farm animals. The market at AtomicHub sells tools. Milk and eggs are among the products that are produced on your virtual property and are NFTs.

According to its designers, the Prospectors is a multi-player economic strategy game that transports you to the Wild West of the nineteenth century. The game's goal is to collect gold that you may exchange for Prospectors Gold, the virtual money used in the game.

You start the game with three employees you may use to work for yourself or others. To begin with, your employees may help you create a mine and begin mining. Free land is available for mining; however, it must be rented out to build buildings. The land will be blocked for unpaid rent, and everything on it will be auctioned.