Most of us did grow up playing video games such as Need for Speed, FIFA, Prince of Persia, and others. Teenagers now choose mobile games over everything else. In India, gaming has grown at a quick pace, offering many people the opportunity to pursue and succeed in their gaming interests. Indian YouTubers are a perfect example of this, as proven by the fact that many Indian gaming YouTubers have millions of subscribers.

Here's a list of some Indian gaming broadcasters whose channels you should look at!

After huge names like Carryminati, Ajay's channel, a.k.a. Ajju Bhai, is one of the most subscribed channels in India. And when it comes to gaming, there is no greater channel than Ajju Bhai's.

In the Free Fire community, Ajay is the most well-known player; he has a YouTube channel by the name of Total Gaming, and it has over 30 million subscribers. Ajay is from Gujarat, and on October 9, 2018, he created his YouTube channel.

His channel was primarily committed to Free Fire until 2020, when he began playing other games such as GTA V, Spiderman, and The Incredible Hulk, making him one of the few versatile Indian YouTube streams.

Ujjwal Chaurasia has a channel called Techno Gamerz. It has amassed a sizable fan base for its GTA gameplay web series. Each video is filled with amusing anecdotes from real-life events and has had over 350 million views in 2020 alone, while expanding to games such as Minecraft, Hitman 2, and Resident Evil 3, earning him over 1 million subscribers in March 2020. He has mastered the mobile phone gaming experience on his second YouTube channel, Ujjwal Gamer, which is dedicated to the global sensation PUBG. With over 3 million subscribers coming to Techno Gamerz and a monthly growth rate of 1.1 million subscribers, we can claim he has achieved the "Boss level" of YouTube content development.

Naman Mathur, also known as Soul Mortal, is a well-known Indian gamer and online streamer. He is the creator of the YouTube channel "Mortal," where he uploads gaming videos and streams online gaming. Mortals' YouTube channel has over one million subscribers. Mortal had participated in numerous PUBG gaming tournaments, many of which he had won.

He actively streams live sessions and uploads PUBG mobile gameplay. His channel has the third-most subscribers, trailing only Dynamo Gaming and Carryislive.

Lokesh Gamer, which has 12.7 million users, is run by Lokesh Raj. He is an Indian Garena free-fire gamer, YouTuber, and content creator. Because of his exceptional in-game abilities, his fellow peers call him the "Diamond King."

Lokesh rose to fame as a result of his live broadcasting on his channel. The most well-known battle royale game on the internet is Free Fire. Many people were encouraged to share game-related content, but just a few, most notably Lokesh, were able to captivate their audience with unique abilities. Lokesh started his YouTube channel in 2017, but his first video was released on April 7, 2019. He is presently one of the finest Indian gaming YouTubers, with 939 videos that have received millions of views.

Gyaan Gaming, led by Ankit Sujan, is a YouTube channel that is well-liked by many gamers. He is well-known for posting gameplay footage of many games, such as Garena Free Fire matches with live commentary in Hindi. This channel, which debuted in 2017, has over 3 million subscribers and is still growing. Sujan's channel, which he started in 2017, has already had over 2100 videos. Gyaan began by creating content for a variety of games, but as the games gained popularity, he shifted his focus to Garena Free Fire. Ankit now has 12 million subscribers on YouTube and 1.5 million followers on Instagram. He engages with his supporters daily by posting about travel, events, game updates, and other topics.

The host of Desi Gamers, Amit Sharma, is well-known for his Garena Free Fire live streams. He does, however, like to play Minecraft. He began his YouTube career as a way to pass the time after college, but he now has over 11.4 million subscribers, with an average viewing of 1.3 million. He is one of the most talented Indian gaming YouTubers, with a long list of accomplishments, like becoming India's Frontline representative in Garena Free Fire at the age of only 24.

Aditya Deepak Sawant, popularly known as "Dynamo Gaming" on YouTube, was born on April 18, 1996, and is an Indian YouTube gaming creator who posts and live-streams Call of Duty: Mobile videos. Aditya's fascination with online games started at a young age. Aadii Sawant is another well-known personality in the realm of Indian live streamers who rose to prominence by playing the PUBG mobile game on YouTube. He spent the little money his mother gave him on internet cafes. He eventually built his own gaming platform with just a little help from his father. When PUBG was launched in India, his life made a complete 180-degree turn. Only after he began streaming PUBG mobile gaming did his channel boom and gain massive popularity.

He's famous for his PUBG live streams and tricks. He has 9.9 million subscribers in total.

Mithilesh Patankar, a Mumbai-based YouTuber known as Mythpat, started his career by creating educational cameo videos on PUBG and GTA 5. He played GTA 5 after tweaking it. In India, he does a lot more for entertainment than just streaming games. He introduces new variations to his games for his audience. He is regarded as one of the top Indian gaming YouTubers. He pranked players on PUBG with hilarious voices, mimicking famous Indian personalities. He is the best creator when it comes to employing special tricks and tweaks to make games more engaging. Mythpat is also a reactor; he creates reaction videos for other YouTubers' videos and TikTok skits.

This is the country's first dual gaming channel. A young gaming duo is reaching new heights of success on YouTube, with their channel quickly becoming one of the top gaming channels in India. His YouTube channel, "Two-Side Gamers," has 8.24 million subscribers and 1 million views, which is an impressive performance, especially in the gaming industry.

When Supercell first released the popular game Clash of Clans in the country, they were keen to make YouTube their full-time profession. Two side gamers had been playing the popular mobile game for three years prior to PUBG.

They were keen to make YouTube a full-time profession. Two side gamers had been playing the famous mobile game for three years before PUBG.

Ritik and Jash played PUBG for a while. Following the debut of Free Fire, however, both of them chose to dedicate their channels to the game. There are 8.7 million YouTube subscribers and 1.4 million Instagram followers for them.

Ajay Nagar, known as CarryMinati, is an Indian live streamer who was born in June 1999 and launched his YouTube channel in 2014. As you can see, he has amassed almost 29 million subscribers in just seven years. One of his content's primary selling points is the Hindi language and his distinct delivery style, which ranges from live streaming to roasting. He did all he could to seek notoriety on YouTube, from interviewing celebrities to making fun of big television shows like Big Brother. In 2017, Ajay decided to launch a new channel, "Carryislive," where he routinely live-streams a multitude of games - this channel has 9.9 million subscribers. Carry was named one of Time Magazine's top ten Next Generation Leaders at the age of 19.

That's all there is to it for now. We hope you enjoyed it and discovered someone new to watch.

If you enjoy gaming like these streamers, then why not download the Tournafest app from Google Play or App Store to play Esports Tournaments & Scrims of various games like BGMI, Free Fire MAX & Call of Duty & win exciting rewards! You may also organize Tournaments & fetch unmatched perks. 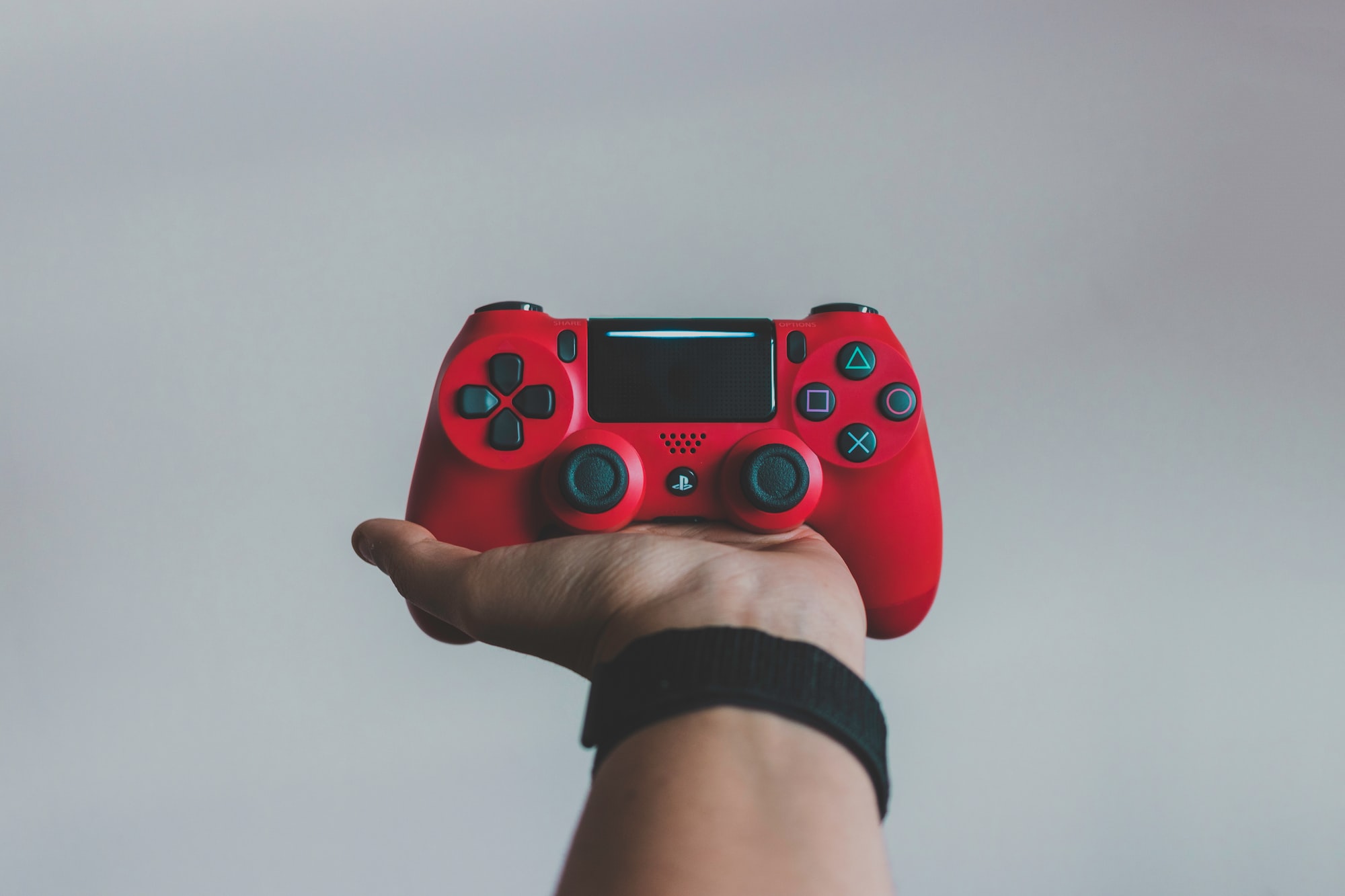 Is Esports all about skill, or does luck matter?