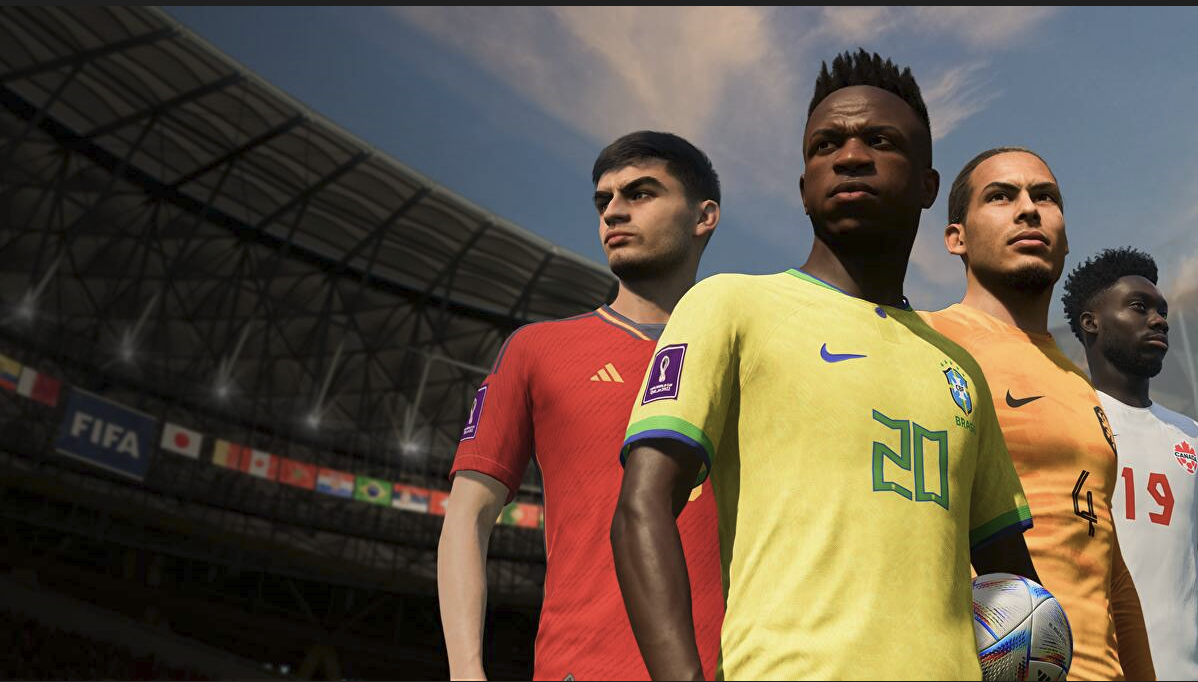 Who are the best clubs in FIFA 23. Photo via EA Sports.

FIFA 23 may have Ultimate Team as the feature that generates the most footfall, however, one can argue that there are a large number of players who are interested in the offline modes, like quick matches and career modes alone. To cater to this group, EA puts in a lot of effort to realistically integrate Club sides into the game and as a result, there are sides that are better than others on paper which translates to better performance in-game.

Looking at how the teams performed last year, it is not too difficult to guess who are some of the better ones and each of them on their day can be the best team in the world which is why we have taken only in-game factors like player ratings, bench strength and versatility to make rank said, teams. They are fun to play with, has all the star power, and can make use of multiple play styles and formations with a good bench.

Without any further delay, let's get into it:

Liverpool was not shy to go on a spending spree this season but they lack the results to show for it. One of the most underperforming teams of this year failed to pick up their form from the year before but their performance in 2021/22 paired with new signings was enough to form a solid squad. A safe pair of hands in Allison who is guarded by one of the top CBs in Virgil Van Djik. The Dutchman is aided by Matip on the side and flanked by Robertson and Alexander Arnold who are one of the best in their positions.  Fabinho lies deep and recovers lost balls while Herson and Thiago take up much of the creative duties. The loss of Mane was a heavy blow to their offence which was replaced by Darwin Nunez who is yet to make a mark for the side, the reliable Mo Salah and a flashy winger in Diaz provides width, pace and creativity to cause the opposition's defence some serious troubles.

Bayern's offence lost a big name in Robert Lewandowski but that hardly affected their level. Having roped in Mane from Liverpool, Bayern already has a solid offence who are fed by flashy wingers in Gnabry and Leroy Sane. Old guard Thomas Mullar has a permanent place in the roster along with up-and-coming Musiala, who is guarded by Joshua Kimmich in the DM position. The backline consists of pacey and creative full-backs who can do the job at either end of the pitch and in middle, De Ligt and Lucas Hernandez hold the line for the German side with one of the best Goalkeepers in Manuel Neuer between the sticks.  Overall Bayern has a solid starting eleven with barely any weak links and has a decent bench to fall back on.

Champion's league winner from the last season. Real Madrid finds themselves in the 3rd spot. What keeps them ahead of Bayern and Liverpool is the overpowered nature of several individuals. Ideally, the ratings may have people arguing about such a high position but they have more than what meets the eye. Vini Jr, Fede Valverde, Tchuameni, and Camavinga are all young and overpowered players who can be major problems for any side. Said talents are backed by legendary veterans of the game in Kroos, Modric and Benzema and an extremely talented keeper in Courtois in goal. The defence is questionable for obvious reasons but they are agile and exceeded expectations when you play them.  Overall, a very balanced team and more signings are expected in the January window to make them even more formidable.

A no-brainer of a team. PSG has Mbappe, Messi and Neymar in their attack which isn't enough to be the best.  The team has extraordinary players in every position besides the midfield. Even though they have done really well this season, the in-game ratings don't bode well.  The creativity department has changed with the addition of Carlos Soler, Vitinha and Fabian Ruiz. However, their individual quality takes PSG down a bit, but this season can actually see them doing well on paper after the ratings upgrade in January. The defence has Hakimi and Mendes who have nothing less than two lungs and don't come short in the assist department. Marqinhos and Ramos provide a solid backline and Donarumma as a shot-stopper.

Was there ever a doubt about this position. Manchester City had this team in the making for a long time. Last year, the lack of a CF caused problems.  However, the signing of Erling Haaland has set them on a winning streak. Has to be the most overpowered player in the game, Haaland is backed by the supporting cast of De Bryune, Bernardo Silva, Foden and Rodri. A well-oiled machine who has an overpowered player in most of the positions with essentially no weakness. Cancelo and Walker are not just the best full-backs in-game as well in the real world. Clearly, they are the best team on paper and really fun to play with. The strong starting eleven is backed by the best bench in-game. City has a top player to replace everyone on the pitch which makes them even more formidable.