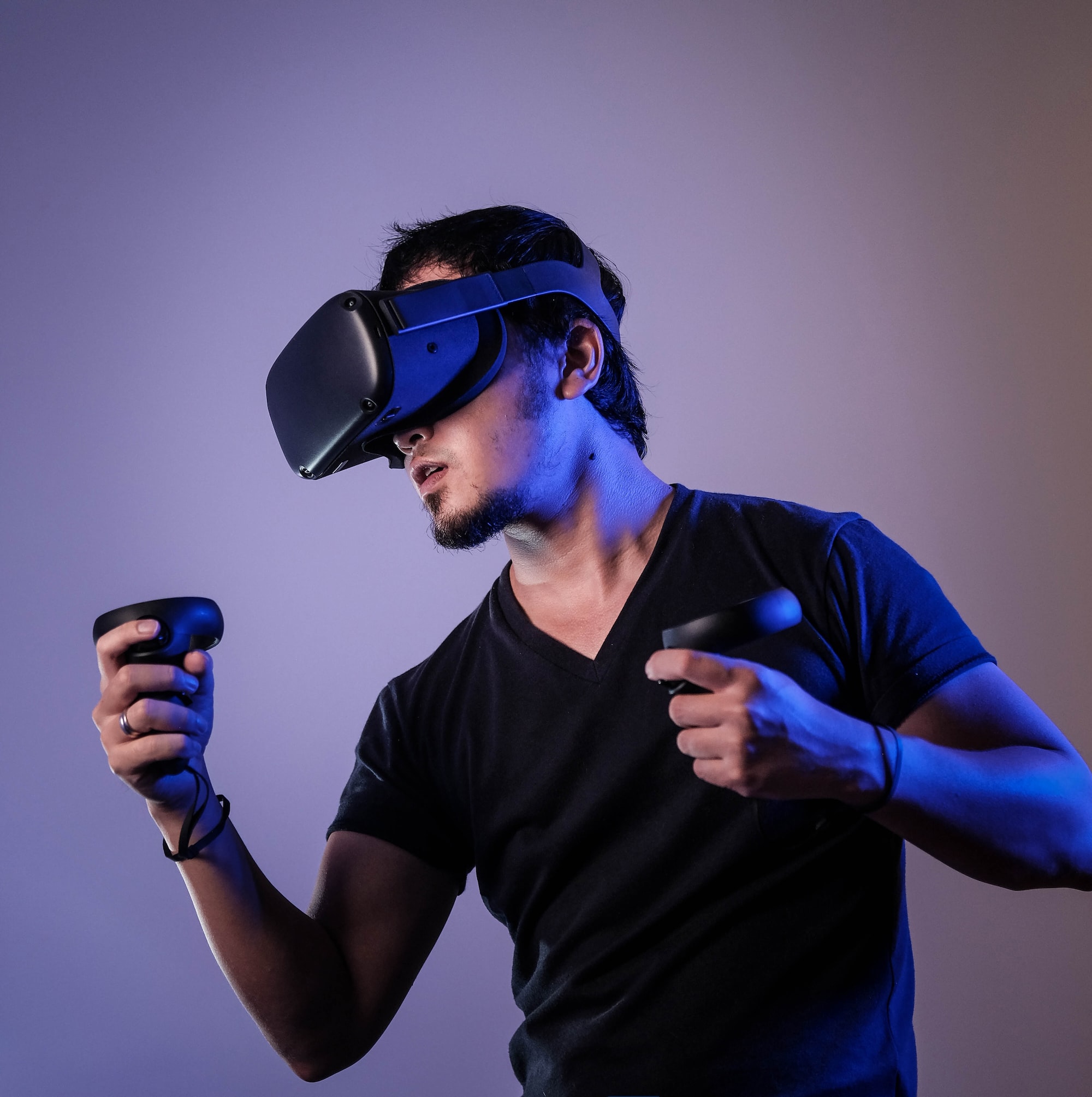 VR games are getting all the more popular these days with more realistic graphics and resolution. It is easily one of the most common platforms for gamers. VR adds realism to the game by allowing us to completely immerse ourselves and become the character. There are a lot of interactive VR games too, where you can talk to other people inside the game. All of this has made VR something that you must try. In today’s blog, we will be looking into the top 10 VR games that you must try in 2022.

Without wasting much time, let us get into the top 10 VR games you have got to try out this year:

Hitman has become an extremely popular video game, and if you have played the game on your PC already, imagine playing it in VR! Being a hitman in real life sounds thrilling, and brings with it a different kind of experience. You have been playing Hitman with a third-person view, but this time you will have to completely act on your own, with a first-person view. This makes the game all the more interesting and strategic too.

If you are a huge fan of Star Wars, and you love playing the games in the series, then Vader Immortal is the one for you. However, if you feel that you are going to play as Vader in the game, unfortunately, we have some bad news for you. You will be a smuggler who has to infiltrate Vader’s Fortress and get to know all of your secrets. You are going to face a lot of enemies, including Vader too. However, what would make the game more epic would be fighting with a lightsaber. There are three episodes in the game, and if you are done with them, there is a special side mission where you can learn how to wield a lightsaber!

Have you ever wanted to be in the Avengers? With the Iron Man VR, you will finally have your chance. You will be able to put yourself into Iron Man’s shoes (literally) and get to have the whole experience to yourself. Though Marvel did not go with a canonical story for the game, Iron Man will be pitted against Ghost in this one. You have to keep going through the game, making choices and taking action. It is a fun game where you can experience the Avengers on a first-person basis. The game has been released only for the PS4 VR set.

This is for the Minecraft fans out there! Imagine going to mine with your friends, but in reality. This makes the game all the better and more interactive too! You can now go about the world of Minecraft and explore it as if you were going through your own world. You can build anything you want, mine as much as you can, and fight off the skeletons and zombies as if you were living the life! Though many people thought the Minecraft VR was buggy when it first launched, Mojang is still working to improve the VR.

Keep Talking and Nobody Explodes

Imagine you are hanging out with your friends, and you all want to play a game together, but there is only one VR headset. Worry not, you can go for Kepp Talking and Nobody Explodes. One person who will be using the VR set will have to tackle the bomb, where they will have to go through the wires and all the buttons to stop the bomb from blowing up. Whereas, your other friends will get a manual on their phones or PCs, where they will be guiding you through the whole process. It is an extremely fun game to play with your friends, and you can try to go for this one.

Resident Evil is one of the most popular game franchises, and Resident Evil 7 was the first game in the series to come out in first-person view, and it instantly got extreme popularity. It had come as a breath of fresh air, and people were more than excited to get the game. However, Capricorn then came up with the VR edition of the game. This gives the game a more realistic feel as you have to survive the whole night fighting off the monsters and saving your family.

No Man’s Sky had quite a rocky start when it was released back in 2018. The Game had received a lot of attention, and people expected the space survival game to be very different. Though the premise was delivered as promised, the game was extremely broken, and the fans were quite disappointed. However, with various updates and bug fixes, the game has gradually become one of the must-trys. You have to try out the VR at least once. The enormity of space, and the different visuals are sure to make you wonder about what lies beyond our own solar system.

Skyrim fans can now enjoy their favourite games in the VR edition. There is a special collection where most of the Skyrim games have been added to be played on VR. The motion controls are far more advanced for handling your weapons, yet you might feel that the graphics of the game sometimes feel like the older editions. This is because the high resolutions of the recent games would make it a bit too much on the VR, and hence the developers have gone easy on them. However, it is nothing of much concern as the difference is negligible.

There is also a VR game for Doom players, but it is not based on the recent DOOM Eternal. It is more based on the 2016 reboot of the Doom game, and if you loved that, then you are bound to be amazed by the VR edition. However, one thing that you have to keep in mind is that the VFR requires you to take up a lot of space, as there needs to be a lot of hand and leg movements for the enemies who will be attacking you from every side.

This is one of the most addictive VR games that you have to give a try at least once. Everyone who has played the game, has agreed to the fact that you can never get enough of it. It is a first-person shooter type of game where either you or your enemies have to get obliterated. You can use any weapon near you, starting from a coffee mug to a gun, to finish off your enemy before they finish you off.

These are the top 10 VR games that you have to try out in 2022. There are plenty of other new games too, which come out every month or so for the VRs, and you can try them out too.