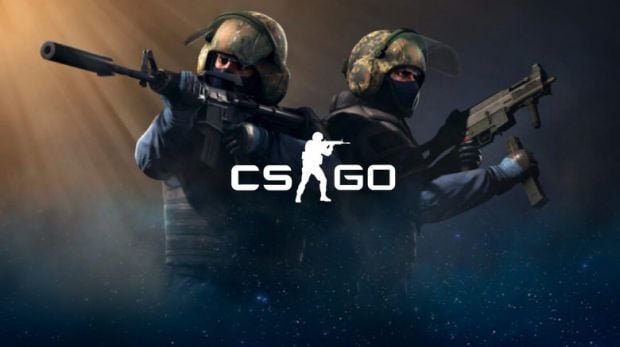 CS: GO is one of the most popular games ever made, Picture Courtesy: CS: GO

Though CS: GO isn't the highest paying game in terms of prize money, CS: GO is known to be the Esports title that runs the most tournaments.

If you've played or watched CS: GO for a long time, you've undoubtedly put in hundreds or maybe thousands of hours. You learned a lot about this game as you went along (and along with it, some bad words in Russian). But many people are unaware of several aspects of CS: GO. We'll reveal them shortly!

The Counter-Strike video game series is a collection of online first-person shooters. On November 9, 2000, the game was released for the first time. There wasn't a competitive mode put in back then. Players had to make do with custom-built competitive modes on specialized servers. To begin a game, you needed to locate ten other players, an empty server, and an administrator.

On August 21, 2012, the initial version of CS: GO was published, and it lacked a competitive mode and rankings by default. They introduced many more features as the game gained popularity, including competitive matchmaking.

Players could potentially play a rematch with the current teams on the same map until a big upgrade in November 2014. There has to be a unanimous decision by all 10 participants. It is a really important feature we hope to see restored in a future update to CS: GO.

The CS: GO also included a rating system in the big release. They added matchmaking limits to increase competition and intensity in competitive games.

Everyone is obsessed with skins, and you'll frequently see people forking over large sums of money to get virtual weapons that are as dazzling as possible. What if we told you this wasn't always the case in the early days of CS: GO?

It wasn't until late 2013 that they introduced skins into the game. Their inclusion resulted from the excellent "The Arms Deal" upgrade. In today's market, gamers are eager to shell out thousands of dollars for virtual weapons that seem to be made of gold.

The Most Expensive CS: GO Skin Ever Sold

A stunning $61,052 was paid for the world's most costly skin. If you want to get your hands on a rare AWP skin, go no further than the Cobblestone collection's Dragon Lore. The Dragon Lore at Boston Major 2018 has Tyler "Skadoodle" Latham stickers on it.

In winning the event, Cloud9 made history by being the first American team to take home a Major championship. Because of this, the skin's price has increased significantly. A third-party website called OPSkins handled the sale instead of Steam Marketplace, as you would expect.

Many prominent maps have graffiti on their walls that isn't simply a random piece of art. They have been incorporated into the game to honour some of the most memorable moments from prestigious tournaments.

Only five players have performed such a special move to win permanent inscriptions on the map. Olof "olofmeister" Kajbjer was the first to achieve it at ESL One Cologne in 2014. On top of that, he is the only player to leave two permanent graffiti on the same map. Marcelo "coldzera," Oleksandr "s1mple," Adam "Friberg," and Mikhail "Dosia" Stolyarov are among the other players to get their names painted.

Trying to locate C4 amid a cloud of smoke may be time-consuming and perhaps put you at risk of losing a round. Using the lesson is an easy approach to detecting C4 in smoke.

Unless you block the tutorial in your preferences, you should always be able to see where the bomb has been placed. Until Valve recalls this and fixes it, you can thank me later for helping you win some rounds. The question is, how frequently does anything like that occur?

Some facts about CS: GO

The fact that you can see everyone else's shadows doesn't mean you can see your own. You won't be able to see shadows since the first-person POV cameras don't support shadow rendering. On Overpass, there is an ATM where you may get cash. You can use the ATM to withdraw money from the bank if you're playing in Deathmatch mode and pressing the "E" button while you're near it. Team Fortress 2 theme music is playing on the train's in-flight entertainment system. Despite its peculiarity, it's the only choice. You can tell hens to follow you around. Point your gun at the chicken and press "E" to shoot it. Yes, even though many professional players attempt to escape damage by leaping over the Molotov, this method is ineffective. To survive a Molotov cocktail, the best strategy is to run right through it while holding just a knife in each hand.