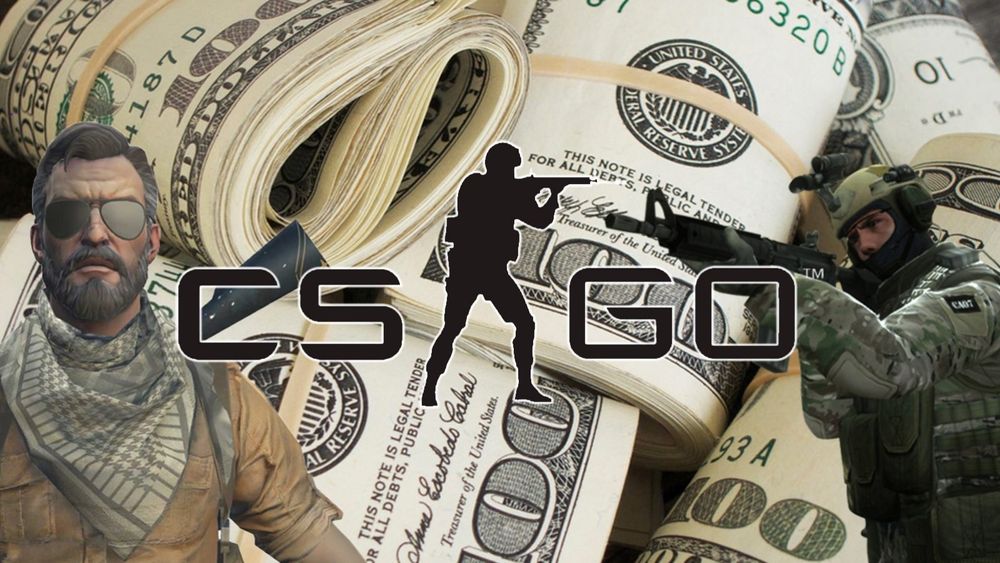 Danish players still dominate the top spots when it comes to earnings, but other stars are surging behind them to cut the lead.

CS: GO has hosted some of the most notable competitions in Esports history during the course of its historic ten-year career. However, the open circuit style of the scene, which enables almost any organiser to conduct a tournament anywhere in the globe using any format, is where the scene's power lies.

Over the previous ten years, players have received more than $140 million in prize money from hundreds of events, with the PGL Stockholm Major's $2 million prize pool being the greatest single prize pool. Additionally, CS: GO is showing no signs of slowing down, with several additional Majors and substantial prize pools planned for the future. But first, let's take a look at the top earner's, as determined by prize money won, as reported by Esports Earnings.

Former Astralis teammate Peter "Dupreeh" Rasmussen just passed him to become the highest-paid professional CS: GO, player. His profits from CS: GO tournaments total roughly $1,972,631.01, and he may be losing his position to his former colleague "Xyp9x" since he recently missed matches after the team benched him. Danish player Peter "Dupreeh" Rasmussen was born on March 26, 1993. He has been a Lurker and an AWPer for the Astralis squad ever since it first started. He was, however, moved to Squad Vitality in late 2021 after being benched by the Astralis team.

Together with his former colleagues Xyp9x, gla1ve, and dev1ce, who each have four major championships, Dupreeh has won the most Majors. One of the three players, Dupreeh, Xyp9x, and dev1ce, from Denmark, has played Global Offensive for a total of seven years and 239 days. Dupreeh is very unique. Dupreeh, who now represents Vitality and Magisk, is the first player in CS: GO history to have participated in all 18 Majors. He is also the only player to have won more than $2 million in individual prizes to date. Vitality has a chance to really distinguish himself from his former Astralis colleagues since he is in good shape going into the Rio Major.

Danish professional CS: GO player Xyp9x plays for the Astralis squad. He was also a semi-pro Counter-Strike player who earned the nickname "Clutch Minister" from the CS: GO community for his superior clutches. He made up the moniker Xyp9x by randomly typing on his keyboard. He has won as many major championships as Dupreeh and serves as chairman and board member of the Counter-Strike Professional Players' Association. He's presently the second-richest CS: GO player with tournament earnings of $1,970,380.23.

It goes without saying that Astralis' longtime "clutch minister" has received extremely generous compensation for his services. With 13 victories in 1vX rounds at IEM Katowice 2017, he is second only behind s1mple in terms of the number of victories in a single tournament.

Dev1ce, the third member of the group, has been playing CS: GO for a total of 7 years and 239 days. He is the third-richest professional CS: GO player with tournament earnings of $1,921,931.54. He joined the Ninjas in the Pyjamas squad after quitting the Astralis team and is now inactive in CS: GO.

With Xyp9x and Dupreeh, Dev1ce is recognised as one of the greatest players of all time. At two of the major championships, he was awarded MVP. Dev1ce, a paradigm of consistent high-level AWP players, laid the groundwork for Astralis' success. He is the player with the most HLTV Players of the Year top-20, top-5, and top-3 rankings appearances. After a protracted hiatus after his high-profile move to NiP, it has been over a year since we last saw him play. However, the king might soon be making his way back to his realm.

Gla1ve, an Astralis squad member and in-game leader, has $1,822,542.41 in tournament awards. He is the most successful in-game leader in CS: GO, having steered his group to four significant triumphs. Since 2010, he has been working as a professional gamer.

One of the game's most successful and well-respected IGLs earns the greatest money for his job. When Gla1ve originally joined Astralis, he was really quite unheard of, and the team's first performance wasn't all that remarkable. But it's fair to say that gla1ve finally showed his value and then some after winning four Majors and a Grand Slam.

S1mple began performing professionally in 2013 and was born in Ukraine in 1997. With $1,652,721.98 in tournament winnings, he is presently the fifth-richest professional CS: GO, player. One of the best CS: GO professional players of all time, S1mple is an AWPer who competes for the Natus Vincere (Navi) squad. With 21, he beat the previous record for the most HLTV MVP awards earned; in addition, he has won a major, the Intel Grand Slam trophy, and other S-Tier awards. He also owns the title of the greatest CSGO player for 2021. The only professional player to ever make a major with three distinct cores is S1mple.

S1mple, a legitimate G.O.A.T. contender, is the only member of the top six who is not a member of the storied Astralis core. As previously discussed with electroNic, s1mple's competitive and financial success mostly occurred between 2021 and 2022, but you can't forget about his 2016 season with Liquid, during which he finished in the top four in both of the Majors.

Magisk is a part of Team Vitality and has won $1,566,090.30 in prize money from competitions. He is Danish and has been a professional player since 2015. Prior to Vitality, he played for many Danish teams, including Astralis. Magisk participates in the squad as a Lurker.

Magisk was the last player from the storied Astralis squad to sign on, hence he was unable to participate in the team's first of four Major triumphs at ELEAGUE Atlanta in 2017. When the electric rifler joined Astralis in 2018, they were an even more formidable foe, and throughout the next three years, he cemented his position as one of the greatest in the world. He wants to get even more admiration and prize money now that he has Vitality.

The Natus Vincere (NaVi) team's Rifler and the in-game captain is the Russian professional CS: GO player. He has established a reputation in the CS: GO community and has received tournament prizes totalling $1,506,458.66. In Thorin's 2019 list of the top 5 CS: GO players, electroNic received an honourable mention, and in 2020, he won the MVP award at HLTV's ICE Challenge.

As an IGL, entry fragger, and support player, electroNic has discovered several methods to assist superstar s1mple in advancing Na'Vi. The famous combination has been playing together since 2017, but their greatest wave of success (and financial rewards) began in 2021 when they won the Intel Grand Slam and the PGL Stockholm Major, both of which paid the whole team $1 million.

The Danish-German professional CS: GO player is a Rifler for the FaZe Clan and an in-game leader with earnings of $1,317,752.06. In the history of Counter-Strike, Karrigan is one of the most accomplished in-game commanders. Before joining the Faze Clan, he guided Team SoloMid-Astralis to several victories. Karrigan made history at PGL Major Antwerp 2022 by being the first IGL to lead a diverse roster to a triumph.

Twistzz was drawn to FaZe in large part because of the chance to play with the famed IGL Karrigan, who would be returning to the team at the start of 2021. He has won several awards and made a lot of money between his two stints with FaZe and some time spent with MOUZ.

Canadian player Twistzz earned $1,207,293.10 from tournament winnings. He began playing video games for a living in 2015 and is a Rifler with the FaZe Clan. The first Canadian to ever win a Maor is Twistzz.

A colleague of Stewie's on Liquid during their Grand Slam run placed a wager on himself by switching to FaZe Clan in 2021, becoming one of the first players from North America to compete in Europe with a team that was mostly international. After a difficult first year, FaZe found success in 2022 with the addition of ropz, winning the PGL Antwerp Major, IEM Katowice, ESL Pro League Season 15, BLAST Spring, and all four consecutively.

American professional CS: GO player Stewie2K has $1,186,573.20 in tournament winnings. He is a Rifler and an in-game captain for the Evil Genuises. He is the two-time HLTV MVP.

The second highest earning in the area is a retired NA legend and local smoking criminal. Stewie joined C9 as a surprise moment, but he quickly established his value during the team's incredible ELEAGUE Boston Major triumph. Stewie undoubtedly made a lot of money between Boston and the IEM Grand Slam with Liquid before retiring from competitive play in 2022.