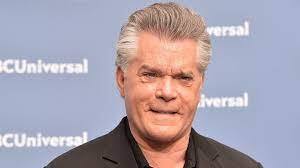 Credits to Showbiz411. Ray Liotta passes away at 67 years.

Today is a sad day for all the gamers out there, as we might not ever get to hear Tommy Vercetti’s voice again. This news was, of course, a sudden one, and many fans will have quite some trouble coming to terms with the news. It feels like we are still processing all of it, and we feel extremely lost. We never expected Ray Liotta would go away from us so soon, and without any signs either. He is extremely popular in the gaming community for being the voice actor of GTA Vice City’s main character, Tommy Vercetti.

When Did Ray Liotta Pass Away?

Ray Liotta passed away on May 26th, 2022. It was an extremely sad evening for everyone who knew Ray Liotta and had only hoped that they would be able to hear his voice once again. He died at the age of 67 years, which is still quite young to leave this earth. Unfortunately, he did not even die at his home, which makes the news all the sadder.

Liotta was working on a new film project back in the Dominican Republic, and he died quite unexpectedly in his sleep. Everyone was quite shocked by the news, and it took some time for everyone to even start processing what had happened. His family is also quite sad over the fact that they could not be with him in his last days. The whole gaming community was extremely shocked by the news and will keep mourning for quite some time. Every time someone plays GTA Vice City, he will be remembered, undoubtedly.

Where else did you see or hear Ray Liotta?

Apart from giving voice to the character of Tommy Vercetti, Ray Liotta is known for his role in the Goodfellas. He was a proficient actor who had won multiple awards and titles throughout his life. In fact, with the first voice character of Vercetti, Liotta won an award in the gaming community. He then went on to not only act but also to voice over.

All these have made him an extremely iconic figure not only in Hollywood but all across the world. Upon the news of his death, people all across the world started to pay tribute and homage to him through social media. Many Bollywood celebrities have paid tribute to him by tweeting out what the actor meant to them. It was indeed a huge loss for Hollywood and all across the world to lose such a legend so suddenly, without any notice. We hope that he will be resting in peace and have the best time in heaven.