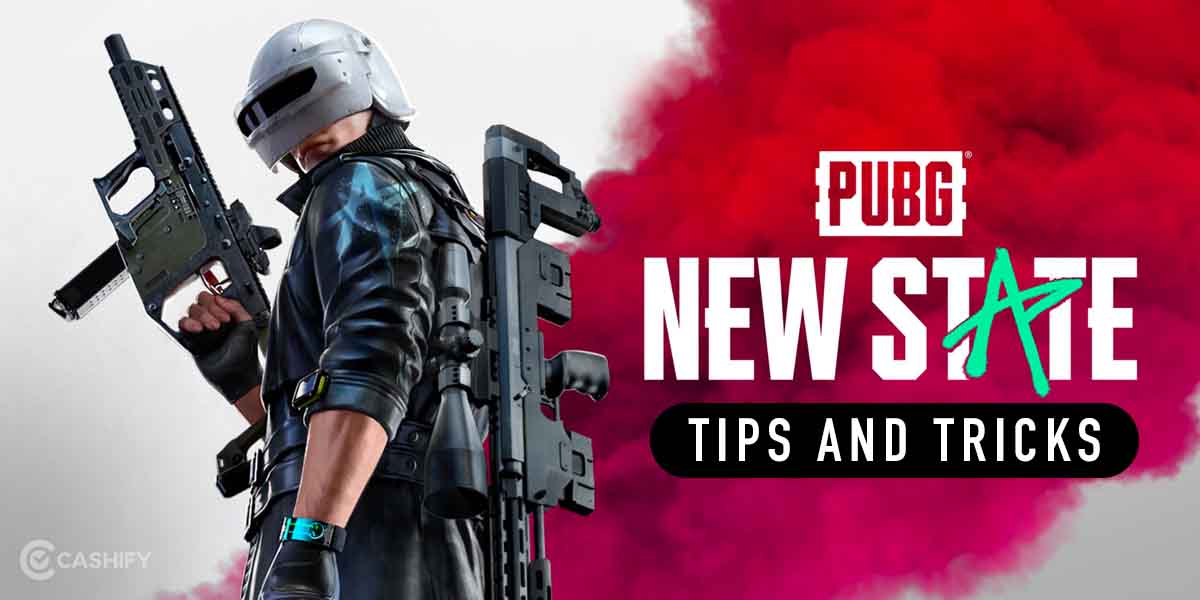 It was just a matter of time until a new PUBG game was unveiled to the public after Krafton's success with PUBG Mobile. The end of 2021 saw the release of PUBG: New State by Krafton. This PUBG update included many new features, including larger conflicts, more mayhem, and substantial content. The game got more than 50 million downloads within a month of its release. This clearly demonstrates how widely played and adored the game was. There are plenty of fresh features to investigate, as is typical for games of this kind. These distinct features might be intimidating whether you're an expert at battle royale games or a newcomer. As a result, we've provided you with some crucial PUBG: New State advice and strategies to make your entry into the game lot easier.

The gameplay of PUBG: New State includes a number of novel elements. Now, the year of the game is 2051. This indicates that outdated military equipment is no longer commonplace. Instead, you have access to cutting-edge equipment and vehicles. Also, you may ignore the game surroundings to serve your needs. New features include adding "downed" opponents to your squad, and a redesigned Erangel map are among the other upgrades. New players will need all the assistance they can get, given how many new features have been introduced to the game.

Every PUBG: New State map has a few locations where you may find some fantastic treasures. To gain the finest treasure at these locations, though, you'll need to engage in combat with other players. Since everyone knows these sites, looting operates according to the principle of first come, first served. So, at the start of the game, your only alternative is to land quickly from the aircraft. In each place, there is a certain technique to ensure that you arrive very quickly, and we'll tell you what it is.

Pick where you want to drop off. Jump out of the jet as soon as it is 800 meters from your destination. A drop angle of 20 to 30 degrees should be used. Thanks to this, you can descend at a speed of 215 kph. Once you're 200 meters above your landing spot, open your parachute and make a safe landing. With this strategy, you'll always be among the first players to arrive at a certain location. Furthermore, if you land quickly, you will have more time to equip yourself and choose your prize.

It's usually a good idea to choose a gun that suits you, even if the pistol you grab right after landing may not be the one you use to win the game. After all, picking the appropriate firearm from the outset will help to calm you down for the match. However, owing to a significant recoil, you shouldn't use certain firearms if you're a newbie. Avoid using firearms like the M249 and S686 since they have long loading periods and many recoils. You're better off purchasing weapons like the SCAR-L since they'll be simpler to operate than other assault rifles of this sort or submachine guns (SMGs). You'll need to grab these weapons first since doing so will make entering the map much simpler.

It may take some time to become adjusted to the new game mechanics. After playing the first few games, you can pick up the mechanics to get practical expertise. Having teammates to play with makes this simpler. However, practicing at the Training Ground is good if you play alone. Play around with the firearms at the practice range to see which best matches your playing style. This allows you to better comprehend their accuracy, shooting speeds, and recoil. Knowing the item descriptions will enable you to choose the appropriate products for different scenarios.

Do not rush enemies unless absolutely necessary

Being quiet in the first few games while you're new to this game is recommended. You should only take risks if you are confident in them since your opponents are likely more experienced than you. Scouting the area and looking for the adversaries' whereabouts would be your best action. You may act if you find yourself in a favourable situation where you can quickly dispatch foes. Without first surveying your surroundings, charging an adversary will result in immediate death. Even if you manage to kill one adversary, their comrades could be camped out around the next corner, which might put you in a pickle.

Loot while checking your surroundings

Looting has several special unwritten norms that newbies often aren't aware of. Try to loot in an area that offers you plenty of covers as you're doing it. Looting often diverts your focus from your surroundings. It will be simpler for adversaries to notice you and kill you when you're inspecting the goods and attachments you wish to add to your armoury. Also, hide behind the crate if you rob a container in a public area. Remember that you'll be an easy target if you spend too much time looting. Take just what you need, and flee to safety or a confined area as quickly as possible.

So there you have it, our top PUBG: New State advice. If you're new to the game, put these suggestions into practice, and you'll have a simpler time playing. Additionally, including some of these ideas in your playtime routines can make it simpler for you to adjust to the new gameplay dynamics. Even if PUBG: New State has new features, beginners should still adhere to this fundamental advice since it will help them better comprehend the basics of the game.