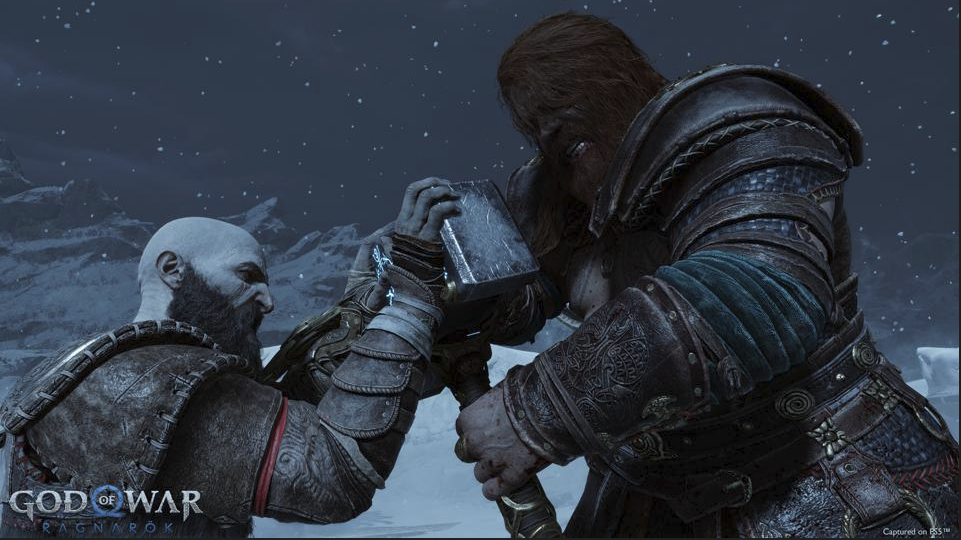 Here are some games to try out in November. Photo via GoW.

Here are some games to try out in November.

With the FIFA World Cup right on edge, November is all set to be a banger of a month. However, if traditional sports do not excite you, there are plenty of video games releasing in November that will surely capture your interest. Even though some of the most popular games were delayed until December, there are still some highly anticipated titles that will keep you hooked. Do note that the list comprises games across different platforms like PC and PlayStation so that everyone is served equally by it.

Set to release on the 8th of November, the extremely popular football management simulation game is set to be released for another year. Releasing just weeks ahead of the World Cup in Qatar, the timing could not be better. The game features real players, real clubs, real leagues, and every you would expect from a simulation game, however, fans of games like FIFA or PES can be disappointed as the game is purple based on a tactical standpoint where the player takes control of the team as a manager, unlike FIFA where you can play as the team itself. The Manager has total control of how the team plays, including transfers, budgeting, and most importantly the tactics and how all the strategies would translate onto the pitch through the simulation. The developers have promised improvement in all areas of the game with the most attention towards the gameplaying AI that will bring the game closer to real life. The game will be released across different platforms including PC, PlayStation, and Xbox. Following the release of FIFA 23 this month, FOOTBALL manager is another game fans would love to get a taste of managing a top club this festive football season.

Releasing just the day after Football Manager 2023, God of War Ragnarok will serve as a sequel to the 2018 phenomenon. The father and son duo of Kratos and Atreus are all set for another series of mythological adventures. The God of War franchise rests with the top video game series, some might consider it to be the best and they certainly have tons built their case on. The mythology-based hack-and-slash game is a mixture of a great storyline that is complemented by stunning visuals and fantastic mechanics. Not so long ago, the 2018 God Of War was ported to PC, and fans loved it, however, God of War Ragnarok will be PlayStation exclusive for now with no word about a future port yet. One of the most anticipated titles of the year, the release is not more than 10 days away and fans are finding it difficult to hold their horses. The game offers a Digital Delux Edition where bonuses such as Darkdale Attire, Darkdale Axe Grip, and Dark Horse digital art book are included.

Call of Duty: Warzone was launched in 2020 as a part of the package with Modern Warfare 2019. COD’s very own Battle Royale, the Warzone, is an instant hit. It had everything that you would expect from a COD game but was released in the form of a Battle Royale. The options, attachments, and vehicles had so much variety in them that it made other Battle Royale games look silly. Fans were flocking to the game and Warzone had flooded the streaming platforms. However, the game grew less in popularity given the competitive side of COD was focused on other game modes. However, Warzone 2.0 launches this November, yet again with Modern Warfare 2. Needless to say that it will be free to play but will have improvements all over the board including weapons, vehicles, and most important visuals. Warzone 2.0 has enough weapons in its arsenal to make sure that it takes back the BR throne.

Launching for almost all the platforms. Evil West is another highly anticipated game of this year. The horror-based survival game takes us back to the 1800s in the Wild West of America. The enemies are vampires and the player has to hunt them. Backed by a solid storyline, the game has all the elements for a game of the year award. From the gameplay that is revealed so far, it is clear that stunning visuals will follow you wherever you go. The game has tons of weapons and items to choose from, most of which belong to the 18th century. They will reportedly have the option to bring in a friend as a co-player who can chip in to help you out in some of the difficult missions. Unlike Warzone, this game will be expensive and will likely be worth the money given whatever we have heard has made the game look really promising.

The latest Sonic game is all set to launch in November after the success of Sega's last venture. The game will launch on all platforms including Windows, Xbox, and the Playstation. the player explores the mysterious Starfall Islands to collect the Chaos Emeralds after Sonic and his friends are separated when falling through a wormhole. The developers announced that the new location in the game will feature tons of new vegetation, geographical landscapes, and a variety of enemies that will make the game even more thrilling than its previous iterations. The Sonic movie that dropped helped fans regain their love for the hedgehog which has done nothing but hype the game up even more. We are yet to see how the game performs when it launches on 8th November but until then we have to wait.