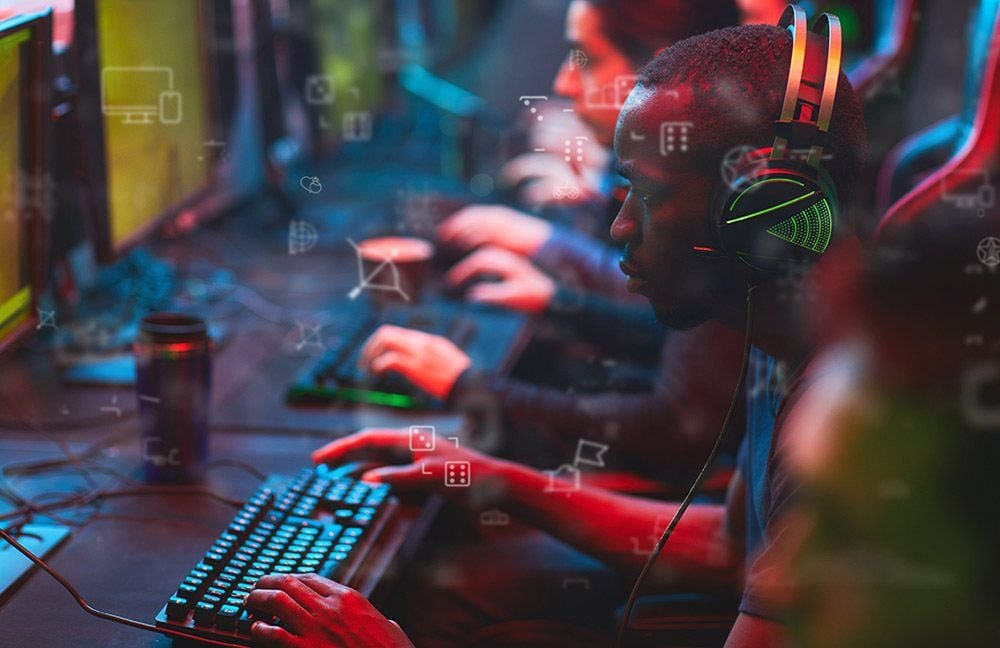 Esports betting is not technically legal in India. However, people who enjoy Esports may use offshore bookmakers to bet on Esports.

Gaming is one of the most popular pastimes for people of all ages that elicits excitement and passion from around the globe. The COVID-19 pandemic saw the rapid development of technology and digital fields, as well as the booming online gaming industry, predicted to generate $300 billion in sales worldwide by 2026, up from $62 billion in 2020.

Esports attracted 100 million players in India alone in 2020, and it eventually emerged as one of the few fads that exploded in popularity throughout the epidemic. The topic of legality and the regulations controlling the market arise from the expansion so quickly and the use of actual money. Suppose you've ever wondered whether or not Esports are genuinely legal in India. In that case, this article will provide you with all the information you need to decide whether or not it would benefit you to join this fascinating industry.

An Esports game is an online game in which participants assemble virtual rosters of actual professional athletes. Based on their actual performance in actual games, your players may win incentives in this situation.

The sport's popularity among participants in India and worldwide has been further boosted by the emergence of several applications that allow users to participate in  Esports from the comfort of a smartphone. Another significant draw for individuals is the availability of financial incentives.

What’s Not A Fantasy Game?

Many people believe fantasy Esports games to be gambling; however, this is far from the truth. Fantasy Esports demands genuine skills to plot and create teams. You need to be aware of your player qualities and their present forms, which makes fantasy Esports more of a skill-based sport than a game of chance. Unlike gambling, where you risk your bets to get something of worth.

Esports From A Legal Perspective

As long as it is a game of skill and doesn't entail speculation, it is legal to play and participate in P2E games in India. The Supreme Court does not consider games that require skill to be gambling, making Esports a legitimate economic endeavor.

The Public Gambling Act of 1867, which is 150 years old and couldn't have predicted the current digitalization of real-money gambling, is the primary barrier to the expansion of the sports sector. Even though the legislation makes gambling in public places illegal in India, it distinguishes between games of skill and games of chance. According to the Supreme Court, Esports are a kind of game where the skill required surpasses the amount of luck.

When Niti Aayog proposed a draught in December 2020 titled "Guiding Principles for the Uniform National-level Regulation of Online Sports Platforms in India," where the government acknowledged the potential of the Indian gaming market and recommended the legal recognition and regulation of the industry, a new door opened for the sector.

In India, sports are now a State subject. However, considering the spectrum that Esports spans, one State cannot control Esports on its own. This raises the issue of whether several States can govern Esports individually or whether national regulation is necessary. To put it another way, either sports, which are included in Schedule VII as State topics, must be moved to the Concurrent List to be covered by national law, or List I will include them if they fall within the purview of residuary subjects.

Entries 10 and 13 in List I, Schedule VII, however, talk about foreign affairs and participating in different events. Its fundamental goal is to provide the Union with the power to control every event that occurs locally, nationally, or worldwide. The fundamental justification is that the competitors represent the nation as a whole rather than specific States.

According to Entry 97 of List I, everything that is not a topic of List II or List III naturally comes into the scope of List I, which is directly the subject matter of the Union if the idea that Esports is not a subset of sport is recognized in light of Schedule VII. The Concurrent List's potential addition of "sports" has been suggested several times. But no actions have been taken to that end. The Ministry of Youth and Affairs reports that there isn't a plan in this area11.

Esports should thus be included in List III if sports are moved there since they are a subset of sports12. Although it has a much broader reach than sports due to the ease of access to Esports and the fact that they are technological, the Central Government's engagement is essential to protect citizens' interests from cybercrime. When creating a law to govern Esports in India, data privacy regulations would be a key factor. Esports should be included in the Union List since monitoring and evaluation are required at all levels.

Aside from the fact that a law from 150 years ago still governs the new-gen Esports market, the ability of various jurisdictions to regulate or outright outlaw the market limits its potential to revolutionize the online gaming sector.

Since gambling and betting are listed in List II of the 7th schedule of the Constitution, state governments have complete control over the industry's future. This is evident in some Indian states, including Assam, Odisha, Andhra Pradesh, Telangana, Nagaland, and Sikkim, where Esports are prohibited due to local laws.

Even while India now lacks a solid infrastructure to manage and develop the Esports business, our nation's user base has already exceeded that of the US, making it one of the top 5 global marketplaces for mobile gaming. Esports are expected to produce 1.5 billion transactions by 2023, over 10,000 crores in foreign direct investment (FDI), and over 5000 direct and 7000 indirect employment, according to Niti Aayog, with the correct rules in place.

According to a study published by KPMG, there are already 60 million users of RMG cards and  Esports. Esports is predicted to grow as more businesses join the sector and new technology trends gain traction, enabling individualized experiences, partnerships, and further game releases.

Esports is one of the fastest-growing gaming industries, and the gaming business is evolving into a fantastic job opportunity for participants worldwide. The Indian Esports business is already promising, and as soon as the government takes action to regulate it, it will be prepared to realize its full potential.