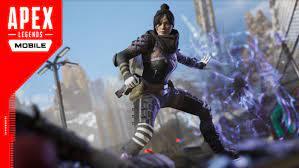 Credits to Deluxe News. Apex Legends Mobile is getting better with updates.

There have been some new addition in the Apex Legends Mobile version starting with a new legend.

There is a new map, and some new weapons too, which you can try out!

Though there are some bugs and glitches yet to be fixed, with gradual updates, the game will get smoother.

After the launch of Apex Legends Mobile, everyone is more than excited to find out all about the mobile version and how it is different from the PC and console games. There must be multiple questions from your end, and hence today we will be getting into all the details of the Apex Legends mobile, and try to solve all your queries in this blog. Though the game has been released with numerous bugs and glitches, we are quite sure that it will be all fine within a few weeks or so.

Well, before we get into the other details of the game and gameplay, we do need to know if your device will be able to support it or not. If you have tried to play Apex Legends on your normal PC, you might have found out that it requires a lot of system requirements, and you need to have a good gaming PC to run the game properly. For the mobile version, the game will not run on any mobile, and you will need to have certain properties on your phone.

If you're using an Android phone, make sure it has at least 2GB of RAM and 4GB of storage. Apart from that, you also need to make sure that your chipset is either higher or equivalent to the Snapdragon 435/Hisilicon Kirin 650/ Mediatek Helio P20/ Exynos 7420. If you have an iOS device, it should be version 11 and have a more powerful processor than the Apple A9. If your device meets all these requirements, you can play the game with ease.

There has been a new legend along with the other 9 legends that have been taken from the PC and console versions. The new legend is named Fade. His three abilities include "Slipstream" which is a passive ability and helps the character get a speed boost at the end of their siding. "Flashback" is his tactical ability where he can make his teammates teleport to the previous position they were in through a void. His ultimate ability is the Phase Chamber, where he will be sending a phased cage. It is an explosive core, and if the enemies are caught in that core’s radius, they will not be able to do any damage to you and your teammates. If your teammates are caught in your cage, they will not deal with any damage caused by the enemies. You can unlock Fade at level 25.

Though there are not many maps in the Battle Royale mode, a lot more from the PC and console games are supposed to be implemented gradually with updates and new versions. However, there is a different map in the Arena mode, named Overflow. You can try that map out right now!

There have been multiple weapons that have been added to the game. Such as 30-30 marksman rifles, heatshields, and 4x-10x thermal imaging optic scopes. All these weapons have just been added, and you must go ahead and check them out immediately.