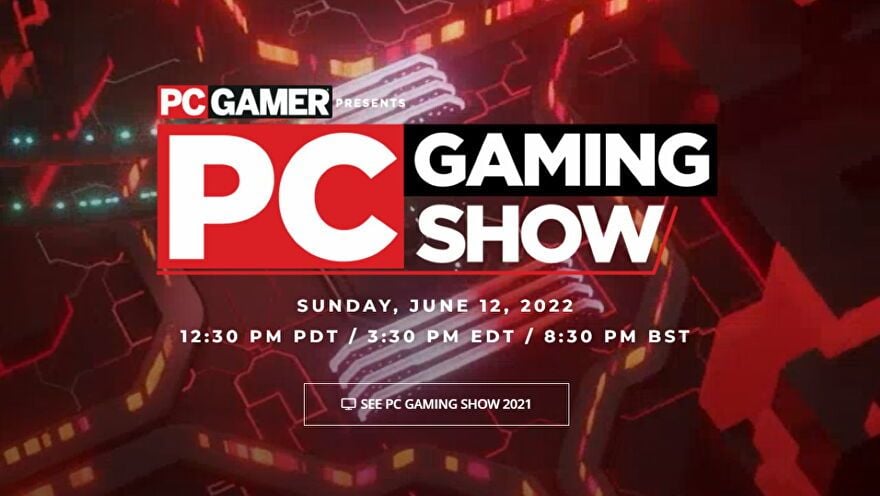 Credits to Rock Paper Shotgun. PC Gaming Show 2022 was held yesterday, and we got some good news!

As you might have known, PC Gaming 2022 was held yesterday and we have to say that it was one of the biggest gaming shows in quite some time. In today’s news blog we will be getting into some of the most awaited games that were announced, and also a few of their trailers. However, it was quite a full-packed show event yesterday as we kept getting news and details about tons of various games. There was hardly any room to breathe, and we must say that this is going to be the year for PC gaming.

What were some of the best games announced at the event?

Without wasting much time, let us get into all the important games that were announced at the PC Gaming Show 2022:

Of course, we will have to start off with how the show started. The event started by introducing a new RPG game, Soulstice. Many of them were quick to point out that the game is quite similar to Final Fantasy. However, the visuals and the story of the game seemed to be quite unique and also interesting. The games seemed to be engraved in the mystic and were filled with souls and monsters. The game will be released on September 20th and will be available on PlayStation and Xbox.

It seems that we will be getting some calm games this year to cool down our nerves. Synergy seemed to be an extremely pleasant game based on city-building. However, that is not all. They have tried to incorporate as much real-life as possible into the game. They have included the hostile environments that Earth has right now and how you have to struggle to build your city and keep it protected from all these disasters.

We have all the cutest and best adventure games lined up for this season. Rotwood is an extremely cutesy adventure game dealing with monsters and stuff. Though the date for the release has not yet been mentioned, we can already visualise tons of streamers getting into the game to pass their time. Another monsters plus wizard game that was announced just after this one was Tactical Breach Wizards, which, as the name suggests, will have some good action in the game. Hence, if you are into these types of games, make sure to keep your eye out for the release date of both these games.

For those gory gamers, we have something for you too! Scorn was always known to be a game that would be filled with gore and would be scary. However, nobody would have guessed that the game would end with this much gore! The game's trailer had managed to scare the majority of the gamers watching the live telecast, but we're sure those who enjoy these types of games had already marked the date on their calendar. The game will be released on the 21st of October.

We are soon going to get a game from the developers of Blizzard! Stormgate seemed to be quite interesting and filled with action. Not only this, the game is a sci-fi fantasy game with real-time strategy. What could be better than all the best combinations together? Though we did not get a release date for the game, we hope that they will soon give us more updates!

The show ended with this masterpiece. Gamers have been waiting for some sort of update on this flawless VR game ever since the developers started teasing us that they could be working on something. The Half Life: Alyx - Levitation is a mod in the game where you will be getting all the more dangerous situations, and it will get as realistic as real life!